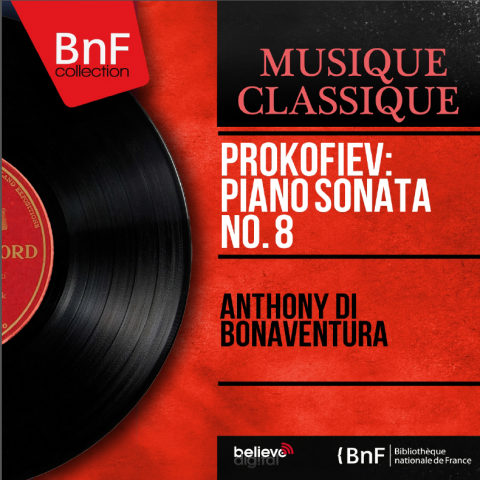 Anthony Di Bonaventura projects a sentiment of controlled and gentle compassion. It is, no doubt, the very mildness of this characteristic mood that makes his stirring passages sound, mostly by comparison, excited. There is also, equally characteristic, a sedate tone that is flute-like, and silver-gray in color and is most in evidence in moderate passages. His playing is graciousness and naturalness, untainted by over-seriousness. He exploits excessively emotional passages without rashness and consequently the listener is given full opportunity to hear the composer. There are variety and tenderness in his piano-playing within a restricted dynamic gamut. He does not shy away from the Prokofiev sentiment of the second movement and deals with this kind of emotion frankly. Except for a few acoustical blurs of his performance has clarity, shape, and reasonable drama. - Vincent Persichetti, The Musical Quarterly, Volume XL, Issue 1, January 1954.

The complete review of this recording can be read here: https://academic.oup.com/mq/article-abstract/XL/1/149/1203062

This is one of Prokofieff's last works, and it is much like the well known symphonies he produced at the same period. In other words, it is extremely large, not to say epical in form, and makes all the gestures of a a major master in its formal organization, yet comes out an essentially timid and academic creation. Fine Performance, fair recording. -A.F.