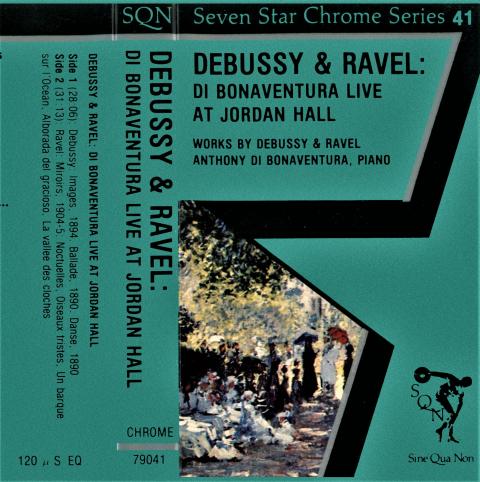 “…di Bonaventura has such command of touch, articulation, color and dynamics that it reveals in nearly every measure structural qualities of the music that we hadn’t realized were there…in all of the Debussy pieces, as well as in the familiar Ravel set that followed, di Bonaventura communicated the full, changeable character of each work with transcendental technique, greatest beauty of sound, full shifting prism of color, and a various art of touch that is, so far as I know, unrivaled in the world today…it was the rarest kind of concert – an important program, without pretension, honestly, completely and therefore magically communicated.” Richard Dyer, The Boston Globe March 19, 1981

Recorded live during a recital at Jordan Hall of New England Conservatory of Music, Boston Massachusetts on March 16, 1981.