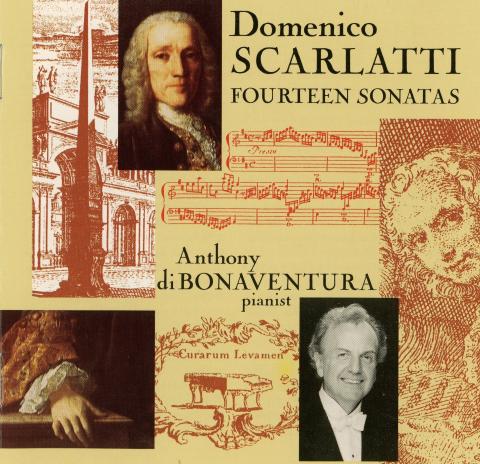 Scarlatti’s music has fascinated me since childhood when teacher assigned me the Sonata in D minor K. 9. (It was, in fact, a spurious version by Karl Tausig who gave it the title Pastorale and transposed it to E minor!) In my teens, I acquired the Ricordi complete edition and it was with a sense of awe and discovery that I read through the music. Here, clearly, was a genius whom I hardly knew at all. Since that time I have repeatedly found myself going back and playing the 550-odd sonatas for the sheer pleasure and delight they bring. Scarlatti creates a feeling of well-being, a sense that order and rationality are, after all, a part of this world. The fecundity of invention, the extraordinary spectrum of emotions, and the singular exploration and extension of keyboard technique which are inherent in each of these pieces are astonishing – all expressed within an average duration of three to four minutes! Scarlatti’s oeuvre is a unique contribution to the history of music, and I can only hope to convey to the listener some of the great joy and delectation that I receive from him.

Almost two decades ago, Anthony di Bonaventura recorded two LPs' worth of Scarlatti Sonatas for Connoisseur Society (CS-2044), including some of these same pieces. At that point, he was still playing from the discredited, expurgated Longo edition. Now he has given us almost as large a collection on a single CD, now playing from a more recent Ricordi edition by Emilia Fadini. If you could forgive the Longo texts (something I find very hard to do), the Connoisseur Society set was not all that sinful, as the playing was quite lively and relatively free from romanticisms. Much the same can be said of this splendidly recorded new collection. Di Bonaventura remains further from the harpsichord than such pianists as András Schiff (London 414 422-2), Dubravka Tomšič (Pilz CD 160 106), or Vladimir Horowitz (CBS MK-42410), whose playing reflects a keener interest in the original sound of the music. His playing is pianistic, including a greater degree of dynamic and tonal shading than the other players mentioned. But he does not bury Scarlatti's harmonic changes in a wash of pedal, and in general he gives a very faithful rendering of the music. He has the technique and rhythmic sense to recreate the excitement of Scarlatti's virtuosity. I suspect most Scarlatti lovers will stick with the harpsichord, leaving di Bonaventura to serve mostly pianophiles and those allergic to harpsichords. But he will serve them reasonably well. Alas, the program notes by Joel Sheveloff do not serve the pianist well. Sheveloff, rather than addressing Scarlatti and his music, spends most of his time praising the performances in this collection and the performer's choices. In doing so he severely misrepresents Kirkpatrick's groupings of these sonatas into pairs and sometimes trilogies with a ridiculous argument. (“Each movement receives a separate number, so that there is no positive indication that they must be played in groups.“) The numbers are not Scarlatti's of course, but the indications that one should go on immediately to the next “sonata“ are his. Sheveloff s praise of di Bonaventura's playing of K. 380, much slower and quieter than usual, seems excessive to me; it's just another idea of how to play the music, not a revelation. And if he “[knows] of few harpsichord performances that come anywhere near equalling the attention to detail here,“ Sheveloff hasn't been listening to many harpsichordists recently. Ignore the program notes, and enjoy these performances. -Leslie Gerber This article originally appeared in Issue 14:6 (July/Aug 1991) of Fanfare Magazine.