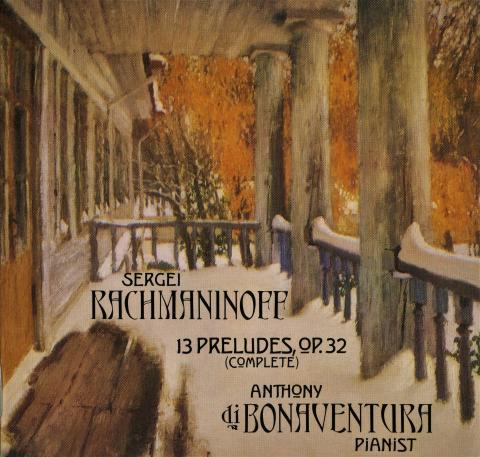 I was not fortunate enough to have heard Rachmaninoff in concert but his recorded legacy clearly confirms his reputation as one of the great pianists of the 20th century. More important, I believe, it attests to a rarer phenomenon, that of a truly great musician-pianist. Examples abound, but anyone can be in doubt after hearing his performance of Schumann’s Carnaval, Op. 9? Here he elucidates the character of each of these jewels while constructing a larger whole so that the ultimate result is a massive architectural structure. Never is anything done for mere pianistic effect, but always for the sake of music. Rachmaninoff as composer brings this same extraordinary musicality and intellectual honesty to is music. Unfortunately, until recently, he has not been taken seriously. Often, pianists tended to emphasize the purely pianistic aspect of his music, interpreting it with pathos and exaggerated sentimentality, seemingly unconcerned with the deeper meanings which lay just below the surface. Yet in Rachmininoff’s own performances his patrician, classically-oriented playing does not disguise the turmoil, pathos, and melancholy within. These elements become in fact, much more powerful by being presented in such a context. Our new awareness and appreciation have brought us closer to a truer understanding and realization of his music. Because he was a magnificent pianist, Rachmaninoff was able to write for the piano totally idiomatically. His music may be difficult to play but it “lies under the fingers,” a natural extension of the pianistic writing of Chopin and Liszt. These Preludes are great favorites of mine and as a set they reveal the diversity, complexity, and genius of Rachmaninoff.

Anthony di Bonaventura is a fluent and intelligent pianist, but this unassuming new recording of the op. 32 Preludes brings him up against competition that he can't withstand. To be sure, his reserve—his resolve to mute the virtuoso flash so he can coax out the more suggestive moments of introspection—often bears interpretive fruit: the opening of No. 12 is artfully shaped, and his reading of the second prelude, inward and daringly slow, has an almost revelatory glow. But too often, his reticence retreats into insipidity. Undermined by motivic imprecision, lack of rhythmic resilience (even in such pseudo-Baroque pieces as No. 3), ill-differentiated voicing (both in polyphonic passages and in big chordal gestures, like the repeated strokes in No. 10), and a tendency to snap Rachmaninov's long lines into tiny pieces, the music loses its sense of motivation, turning sleepy where it ought to be dreamy, sluggish where it ought to be sensual. Matters are not helped by the dullish recording, which is far below what we've come to expect from Aubort or Nickrenz. For Rachmaninov compleatists only. -Peter J. Rabinowitz This article originally appeared in Issue 14:6 (July/Aug 1991) of Fanfare Magazine.